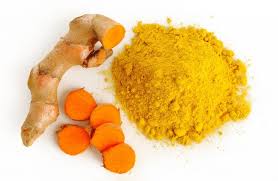 turmeric has been widely used as a cosmetic herbal in South Asia and nearby regions.The wild ginger is one among the 80 members of Zingiberaceae family of plants. The perennial foliage dies down in late autumn and the rhizomes remain dormant in winter. The inflorescence appears in early spring from the base of the rhizomes. During summer monsoon season and the immediately following weeks, the plant grows fast and vigorously. The stalk grows to about 20–30 centimetres (7.9–11.8 in) tall, and is crowned with enlarged coloured bracts with pink tips. Leaves often appear even after the flowers. When in full growth the plants can reach a height of about40 cm (16 in) tall. turmeric has been used traditionally for thousands of years as a topically remedy to heal sores, basically for its antimicrobial property. In the Auyurvedic system (since c. 1900 BCE) turmeric was a medicine for a range of diseases and conditions, including those of the skin, pulmonary, and gastrointestinal systems, aches, pains, wounds, sprains, and liver disorders. commonly used in many skin conditions, including Vitiligo, eczema, chicken pox, shingles, allergy, and scabies. The active compound curcumin is known to have a wide range of biological effects including anti-inflammatory, antioxidant, antitumor, antibacterial, and antiviral activities, which indicate huge potential n clinical medicine. In Chinese medicine; it is used for treatment of various infections and as an antiseptic.

Vitiligo is sometimes treated by making use of some natural edible products. The potency of the product is modified to get the desired effects. Turmeric and cocnut oil as a mixture can help in increasing immunity. Once the immunity levels become elevated, it can result in an increase in melanin. Wild turmeric is recognized as a medical herb with strong antibiotic properties. It is believed to play a role in preventing and curing cancer in chinese medicine. In an effort to remove cell accumulations such as a tumors, curcuma is often utilized. There are two species commonly used in cancer therapy that, like ginger, have a spicy taste.It contains aromatic volatile oils that help to remove excessive lipids from the blood, reduce aggregation of platelets (sticking of the blood cells to form masses), and reduce inflammation.Wild Turmeric has many skin benefits and used in most of beauty products, some of these are:

Turmeric grows wild in the forests of South and Southeast Asia. It’s one of the key ingredients in many Pakistani, Indian, Persian and Thai dishes and has incredible medicinal value, too.

Here are some of the benefits when ingested with your food as a spice:

Sign up to receive the latest news from natural herbs

We noticed you're visiting from United Kingdom (UK). We've updated our prices to Pound sterling for your shopping convenience. Use United States (US) dollar instead. Dismiss